This article contains content (e.g: texture files, texts, animations, etc.) that was not used in the series' final release. All of these files can be found in the game's files.

In the beta version, there was a life meter that would presumably limit the player's times of playing before they received the game over screen. However, this mechanic was not used in the final version of the game. Video footage of this feature can be found here. There was also the "Lives" text image, but strangely enough, it was not seen in the early gameplay footage. Both textures can be also located within the game files. From the MFA files, the stick figure was referred as tiny man.

The Monitor's early design shows different buttons for the camera. The camera icons were small circles with cones pointing in the direction they were facing. These cones may have indicated the camera's field of vision. They would turn green and become slightly larger when selected. Also some cameras were placed in slightly different locations.

The Backstage's camera was originally beside/behind the door, as indicated by the monitor pictures. The camera from the Kitchen was originally on the same wall as the door, pointing out directly into the center of the room.

Beta Monitor, with Show Stage selected.
Add a photo to this gallery

Some leftovers from the demo exist in the full version's files.

Toy Chica in the Office

There is a texture of Toy Chica from the game files staring at the player with glossy-black eyes and lacking her beak and eye-lids. Her unused texture would have acted similar to Toy Bonnie while using the Freddy Fazbear Head upon seeing her from the air vent. Interestingly enough, this texture is referred as "chicalookatyou" in the MFA files using Clickteam Fusion 2.5.

A similar idea is used for Ultimate Custom Night.

The Puppet in the Office

There is an unused texture of the Puppet's full body along with the marionette-like control and strings attached. According to the MFA files in Clickteam Fusion 2.5 program, this unused texture is named "puppet in office", suggesting that the Puppet was originally intended to appear in the Office in a similar fashion to Withered Freddy, Withered Bonnie, Withered Chica, and Toy Freddy.

Also, there is an unused image of the Puppet's close-up resembling the last frame of its jumpscare, only closer and lacking white pupils.

Just like the first game, there is an unused Lives mechanic. There is a small bar that says "Lives" and a pixel stick-figure of a person with their arms outstretched.

There is an empty meter in the game's files which is labeled only as "toxic". This was later confirmed to be a way to prevent the player from keeping the Freddy Fazbear Head equipped for too long. [1]

There is a strange pixelated image in the game's files which appears to depict part of a skull's face. The upper teeth are visible, with black streaming from the only visible eye. It is unknown what this was supposed to be used for, but the sprite is unusually referred as "Mike" from the MFA files in Clickteam Fusion 2.5 program.

Like the first game, some leftovers from the demo are found in the full version's files.

Found in the game files, there are a lot of leftovers of the Puppet's sprites from the second game, including its hallucination renders and the unused close-up image. The sprites can also be found in the troll game's files.

It is possible to find an unused button with the text "Seal Vent" on it. This button was likely going to be used to seal the vents, but in the final game it was replaced with double clicking the vent camera.

There is a text texture for the game's scrapped 7th night.

Like from the previous first and second game, there is an unused Lives mechanic. There is a small bar that says "Lives" and a pixel stick-figure of a person with their arms outstretched.

Similar to two previous games, some leftovers from the demo are found in the full version's files. The "Demo EXT" text file is taken from the extended edition of the second game's demo and eventually can be found within the troll version's game files.

An unused "Chapter" text in pixelated font, supposedly intended to be used for the end-of-night minigames.

An animation file of a star. Its purpose is unknown.

Similar to three previous games, some leftovers from the demo exist in the full version's files.

Found in the game files, there is an unused image of Ballora receiving a shock within the Primary Control Module location, with her endoskeleton face exposed. This image was meant to be displayed when activating the Controlled Shock Keypad.

An unused small image of a red-tinted Circus Baby with pigtails obscured. The MFA codes reveal that the file was originally used as a part of an early game over screen.

An unused position map which would have been overlayed while in the Vents, Primary Control Module, and Circus Control.

"Step Away from the Glass" Voice Clip

There is a blueprint of Molten Freddy only found in the game files. It supposedly belongs to the rest of the blue prints found in the Insanity Ending. Despite being unused, the description for this blueprint is considered canon to the lore.

There are various buttons, likely intended for use with Cassette Man's tape recorder. Due to the tape recorder having actual buttons to interact with, all four buttons went completely unused.

Play
Add a photo to this gallery

In the first release of the game, there was an obvious error showing both animations for Toy Chica (for entering the Office and jumpscaring the player) flipped horizontally. This was later fixed on update patch 1.021.

There are complete leftover frames for the animation of Bonnet covering her nose from Sister Location. It was never necessarily used in-game, however.

A completely unused "CUSTOM NIGHT" text also exists. It was supposed to be used for the game's main menu screen, but was removed in favor of there being space for the "Offices", "Power-Ups", and "Challenges" buttons. Strangely enough, one of the screenshots on the game's Steam and Game Jolt page still has the menu screen including the text.

A screen file that was used for the game's early access demo sent out to Youtubers.[3] The demo screen mentions starting a level when having over 2,000 points.

An unused texture that was apparently meant for Spring Bonnie exists in the game files.

Unused models for the blacklight variants for Freddy, Bonnie, Chica, and Foxy. It is assumed that four original animatronics in The Freddy Fazbear Virtual Experience will be reskinned when enabling the blacklight mode.

All of them but Blacklight Foxy (whose color is rather plain white) appear to be based on the editions of actual merchandise products (mainly the plush toys, mystery minis, Funko POP!, and action figures) by Funko.

There is an unused animation of one of the Freddles going under the bed, as if the Freddles were planned to appear in the Night Terrors modes.

There are several files placed in a folder called "MultiPlayer". The folder contain files named "CharacterInfo", "CharacterInfoTable", "MPGameMode", and so on. This suggests that the multiplayer mode was planned, although it was uncertain if it was either entirely scrapped or planned for a future update.

There is a scanned, edited photo taken from one of the pages in The Freddy Files, showing the path that the withered animatronics can take for the FNAF 2 mode. 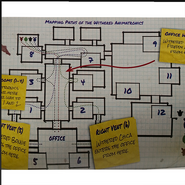 A slideshow of Showbiz Pizza animatronic and endoskeleton photos are revealed in the Prize Counter's television screen after pressing the red button from the Exotic Butters basket, as seen in some YouTubers' early access gameplay videos. The photos are taken by Aaron Fechter. One of the photos, labeled HiddenImage9, was used as one of many black and white screenshots contained within the source code of the first Five Nights at Freddy's VR teaser. However, Scott Cawthon removed the images from the game's final release due to the gamers and fans comparing the images to the actual Showbiz Pizza photos.[4] All of the images can still be found in the game files, from the "Hidden Images" file folder. 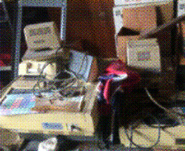 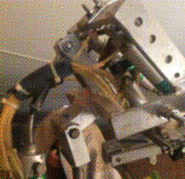 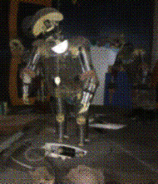 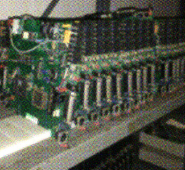 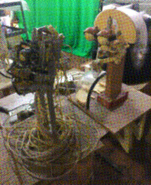 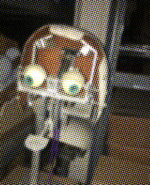 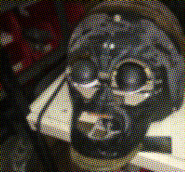 Much older texture map for Chica's Cupcake exists. It has a much purple-colored frosting, and the iris textures are taken from the funtime animatronics.

There is an object model referred as "BigToy". The model appears to be a very round doll-like object with two spheres for eyes. As its name suggests, it would be one of the toy collectibles but the model does not appear to fit in the game's standards.

The ATM and Bill Changer machine model exists. As they serve no purposes for the game, they were likely made as placeholders.

Earlier version of the "Processed Poultry Proxy!" chicken box textures are found. This texture map is very different, consisting of a cartoon chicken instead of Chica, titled as "Tasty! Fried Chicken", and two photos of realistic fried chicken drumsticks and wings with "Hot and tasty!" and "Fresh and spicy!" texts.

The "Flashlight Freeze Map" features the classic animatronics from the first game, along with vents. This map may have been a screencaptured location leftover tested by Steel Wool Studios.

The logo texture for the DLC's old name remains in the files.

Grimm Foxy has an older and longer alert animation that went unused. Instead of raising his scythe, he would stand there and lifts his head up to howl like a wolf.

The "coming soon" icons for upcoming new levels still remain in the files after the new levels are patched.

Start a Discussion Discussions about Unused and Removed Content