Five Nights at Freddy's Wiki
Register
Don't have an account?
Sign In
Advertisement
in: FNAF Articles, Articles with Maintenance Issues, Stub,
and 4 more

They appear similar to the blacklight animatronics except with lighter "spring" colors. They were only sold as plushies in both normal and jumbo size.

Spring Colorway Vanny is Vanny's spring colorway counterpart and is only sold as a jumbo-sized Funko plush. Her suit is mainly yellow with patches blue and pink on her body, arm, legs and paw pads. Her ear insides, eyelid and iris are exclusively pink while her eyebrows and bow tie are a mint green.

This is the only spring colorway plush toy not to be based on an animatronic. 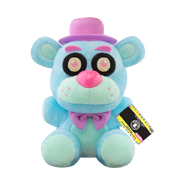 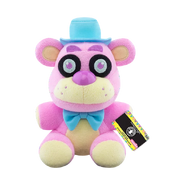 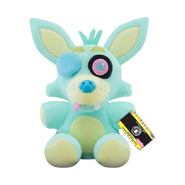 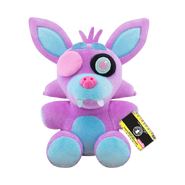 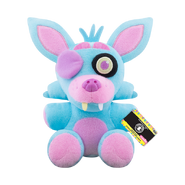 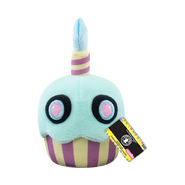 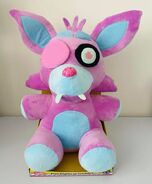 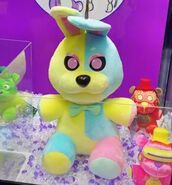