Remnant is a key object in the Five Nights at Freddy's series. Remnant is the term for a soul infused with and possessing inanimate objects, making it the reason behind the paranormal occurrences in the animatronics.

While not appearing directly in Freddy Fazbear's Pizzeria Simulator, Remnant was mentioned in the blueprints for the Scooper. It's revealed that William Afton experimented with it in the past. It is also mentioned in the scrapped schematics for Molten Freddy that Remnant acts as a contained human soul in order to make inanimate objects sentient. It goes on to mention that because of the large amount of remnant in his structure, Molten Freddy is essential in "Paragraph Four".

There are two variants that can be found during gameplay:

Remnants can only be found when the player enters a Remnant Deposit that is found on the map. When the Flashlight is enabled, it will drag both types towards the player themselves, but the Shadowy Remnants move much faster than most Light Remnants. Unlike in encounters with animatronics, the flashlight will passively recharge when not turned on in here. Collecting Shadowy Remnants should be avoided, though this can be hard to do, as they usually orbit around the light ones. Care should be taken to obtain the Light Remnants without absorbing Shadowy Remnants where possible. The effect of absorbed Shadowy Remnants dissipates over time, restoring the player's screen and allowing them more room for error again. However, gathering too many Shadowy Remnants in a short timeframe will spawn RWQFSFASXC, and the flashlight will no longer recharge until after the encounter with him. Shining your flashlight on RWQFSFASXC long enough will cause it to disappear and reappear in a different spot. Continue shining your light at him every time he reappears to completely dispel him. If RWQFSFASXC manages to physically reach the player, it will cause a jumpscare and break any current streak the player has.

The player can exit a Remnant Deposit at any time by pressing the related button in the top-left of the screen (Any absorbed Shadowy Remnant currently on the player's screen when they leave will be carried over to the next Remnant Deposit they enter). However, attempting to exit after RWQFSFASXC has spawned will break the player's current streak, if they have one. After an encounter with RWQFSFASXC - win or lose - the player is then ejected from the Remnant Deposit automatically.

The Light Remnants can be used in the Workshop for enhancing the animatronics' attacking and salvaging abilities.

Light Remnants can come in many colors, and each one has its own stats. Quantity refers to how many instances of the same colour Remnant spawn together per generation, value refers to how much Remnant the player gets when collected, and speed refers to how fast the Remnant travels to the player once the Flashlight is enabled (0 speed is equal to the speed of Shadowy Remnant).

Some Remnants are best pulled in using the flashlight, while others are significantly slower and usually are not picked up before collecting a bunch of Shadowy Remnants beforehand. As such, these slower Remnants are best retrieved by moving towards them physically, to pick them up. One thing that should be noted is that only remnants that are on-screen are pulled by the flashlight initially. Because of this, it can be possible to angle the device in a way where the target remnant is on the edge of the screen with as few shadowy remnants also on-screen as possible, and then use the flashlight to pull in the remnant without also pulling the entire cloud of shadowy remnant. However, if a remnant has already been partially pulled by the flashlight - light or shadowy - then it will still be pulled when the flashlight is turned on, regardless of if it is on-screen, or not. 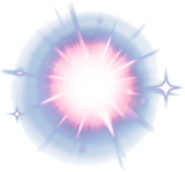 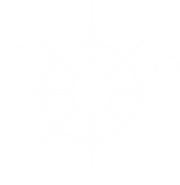 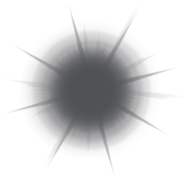 One of the Remnant's star textures. 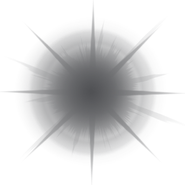