RWQFSFASXC is a shadowy, silhouetted version of Toy Bonnie with white eyes and teeth.

RWQFSFASXC might be Toy Bonnie's counterpart due to his nearly identical appearance. He seems to have a full set of teeth visible, with an additional upper pair as opposed to Toy Bonnie's buck teeth. He also appears to be shorter, and his body is composed of two segments. It is unknown whether or not these differences have any relevance.

On rare occasions, when the player lowers the Monitor, RWQFSFASXC has 1/1,000,000 (0.0001%) chance to appear standing on the left side of the Office where Golden Freddy normally sits. At first, he doesn't seem hostile and cannot jumpscare, but if the player does nothing but staring at him for at least 4 seconds, he will appear to fade away like Golden Freddy and crash the game (or directly sends the player back to the main menu in console ports).

There are three ways to prevent RWQFSFASXC from crashing the game:

Shadow Bonnie returns in Five Nights at Freddy's 3 in a very minor role. He only appears in the minigames but not ingame itself.

In the end-of-night minigame after beating Night 4, RWQFSFASXC can be seen standing inside the right-side box in the West Hall screen. This refers to a hidden figurine of a dark-colored Toy Bonnie figurine that stands on the player's desk on Night 5. Double-clicking this figurine triggers the "Glitch" minigame.

To make him fly infinitely, the player must press the W button. RWQFSFASXC will phase-shift or glitch through various minigame vignettes as well as a unique purple room that can be triggered by the S key. While playing as RWQFSFASXC in the "Glitch" minigame, the player must complete either of the two endings:

RWQFSFASXC finally makes a return in Ultimate Custom Night as one of the several non-selectable characters summoned by Dee Dee.

After being summoned by Dee Dee, he will appear in the Office and emit thick black fog which will cover the entire Office for about 10 seconds, with any animatronic in the Office still visible, however. This makes the player unable to see the doors or vent doors, forcing them to keep track of what is open and closed through other means.

In the Curse of Dreadbear DLC for Five Nights at Freddy's VR: Help Wanted, RWQFSFASXC's cardboard cutout can be found in the Afraid of the Dark mode's "Corn Maze" segment.

RWQFSFASXC receives a big role in Five Nights at Freddy's AR: Special Delivery. He will only spawn if enough Shadow Remnants are collected, and, unlike in previous games, he is completely hostile. After spawning, the player must shine their Flashlight at RWQFSFASXC to repel him. The player must do multiple rounds of repelling him before he finally is defeated. His difficulty permanently increases after each time he is beaten, increasing the amount of rounds he can last and increasing his disruption strength and frequency, until it finally reaches a point where he is completely impossible to defeat. RWQFSFASXC slowly walks towards the player each time he appears, and if the player is too slow to shine their light on him, he will attack the player, resulting in failure.

Defeating him will reward the player with more Remnants and a streak, while losing to him breaks the player's current streak and removes a varying amount of Remnants from the player (typically 10-25).

RWQFSFASXC in the Office.
Add a photo to this gallery

RWQFSFASXC in one of the end-of-night minigames.

RWQFSFASXC's sprite for the "Glitch minigame". (Click to animate.)

RWQFSFASXC in the "Glitch minigame" thumbnail.

A Toy version of RWQFSFASXC in the Office.
Add a photo to this gallery

RWQFSFASXC as he's introduced in the teaser for Ultimate Custom Night.
Add a photo to this gallery 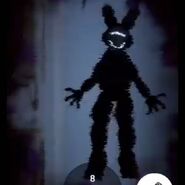 RWQFSFASXC as he is summoned.
Add a photo to this gallery

RWQFSFASXC's sneak peek screenshot.
Add a photo to this gallery 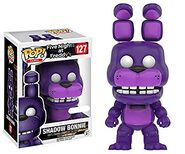 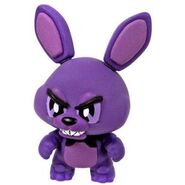 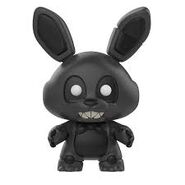 RWQFSFASXC's Mystery Mini (Series 3).
Add a photo to this gallery

The echo that's heard when RWQFSFASXC is summoned.

When RWQFSFASXC is physically summoned.

The laugh RWQFSFASXC makes when defeated.

The sound RWQFSFASXC makes when attacking the player.
Warning: Loud!