Exclusive at GameStop, the alternate edition of the Monopoly board game consists of the twisted animatronics' artwork (Twisted Freddy, Twisted Bonnie, and Twisted Chica) from The Twisted Ones novel on the box art and includes a Nightmare Freddy 7th player token. 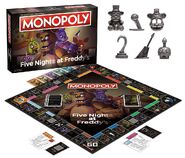 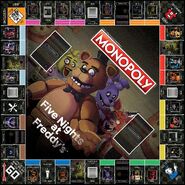 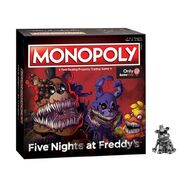 Several of the misspelled Hallucinations cards, as posted on Reddit by u/MichaelO2000