The HeroWorld figurines are sold exclusively in Target since January 8, 2018 by Funko.

Labeled as "Series 2". The five-sets box comes with Springtrap, Bonnie, Freddy Fazbear, Chica, and Foxy. Two other boxes include Nightmare Foxy and Nightmare Freddy, and the glowing variants of Freddy and Foxy respectively. 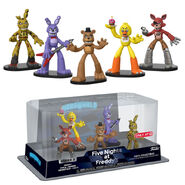 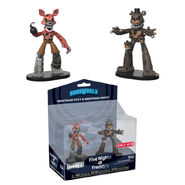 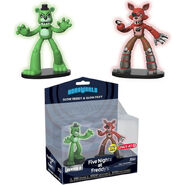 Labeled as "Series 6". The five-sets box comes with "Dark Springtrap", Ballora, Funtime Freddy, Circus Baby, and Ennard. Two other boxes include Yenndo and Funtime Foxy, along with Mangle and Phantom Foxy respectively. 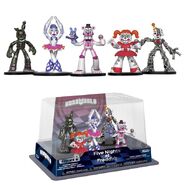 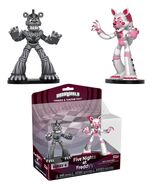 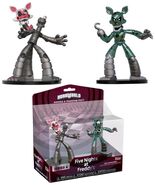 Retrieved from "https://freddy-fazbears-pizza.fandom.com/wiki/HeroWorld_Figurines?oldid=3210674"
Community content is available under CC-BY-SA unless otherwise noted.