Funtime Chica is an animatronic and a "funtime" counterpart of the original Chica who first appears in Freddy Fazbear's Pizzeria Simulator.

Funtime Chica has an appearance similar to Toy Chica. She still has orange calves and feet like Chica as well as an orange waist. She has a built-in speaker just like Funtime Freddy and Funtime Foxy located under her breasts. She also holds her signature cupcake, with long needle-like teeth and blue eyes. One of the plates on her pink upper body is missing. Just like the other Funtime animatronics, she has five fingers instead of the cartoonish four fingers that the regular animatronics have.

Funtime Chica is attention seeking and vain, unlike most other versions of Chica. It is unknown if she had any role in capturing/murdering children like the other Funtime animatronics.

Funtime Chica is labelled in the "Rare Finds Auction" section of the catalog. Classified as a "Heavy Animatronic" and in the "Very Good" item condition, Funtime Chica costs $71,000. Her stats are as follows:

To unlock the "Posh Pizzeria" achievement, the player must purchase Funtime Chica, along with El Chip and Music Man and place them on a stage.

Funtime Chica returns as one of the many selectable characters in Ultimate Custom Night.

Funtime Chica will randomly appear on the player's screen and distract them by disorienting the screen and making camera flashing effects.

The challenges in which Funtime Chica appears are as follows:

Funtime Chica on the stage (Animated).
Add a photo to this gallery 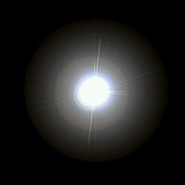 more of Funtime Chica's strobe light effects.
Add a photo to this gallery

Retrieved from "https://freddy-fazbears-pizza.fandom.com/wiki/Funtime_Chica?oldid=3265664"
Community content is available under CC-BY-SA unless otherwise noted.