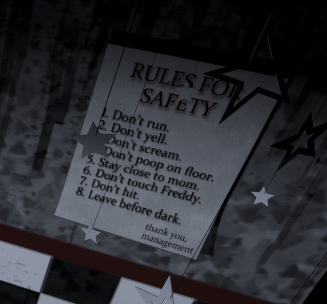 By being a part of the Five Nights at Freddy's community, you must agree and accept the rules and guidelines below.

Vandalism will land you an instant permanent ban.