A list of collector clips (keychains and hangers) based on the Five Nights at Freddy's characters, created by Just Toys. They were first released since late 2015. 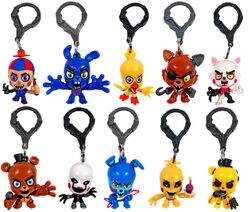 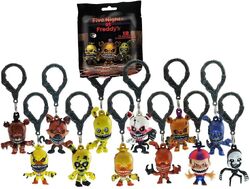 A pack is exclusively sold from Comic-Con on 2016. The set comes with Foxy, Freddy Fazbear, and Balloon Boy with glossy-black eyes. 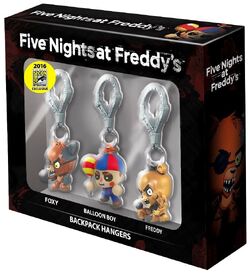 Retrieved from "https://freddy-fazbears-pizza.fandom.com/wiki/Collector_Clips?oldid=3252837"
Community content is available under CC-BY-SA unless otherwise noted.