What's on your mind?

Opinions on me? Be honest. I swear, i wont get mad 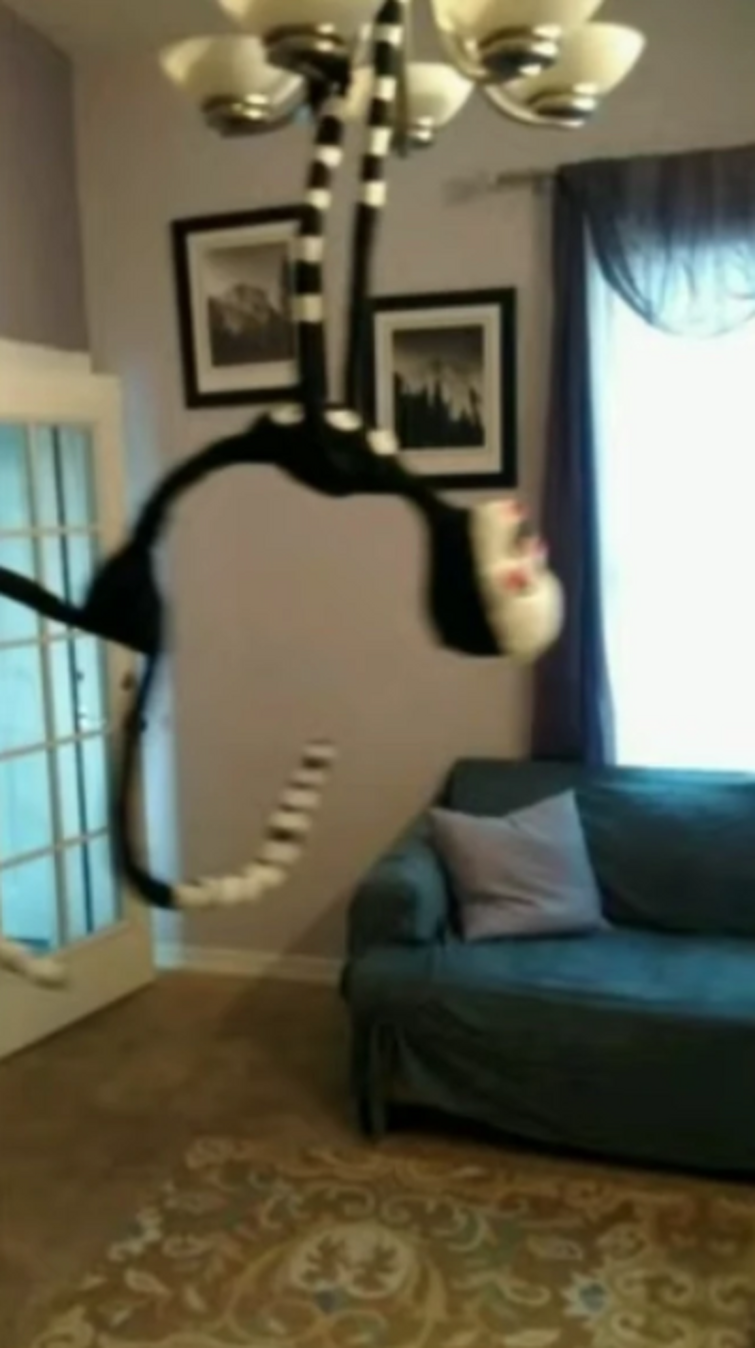 Charlotte does exist and is a mixture of her game and book self (she died at 3 in the novels). She continues to haunt throughout the ENAF pizzaplex but she still has some child like behavior 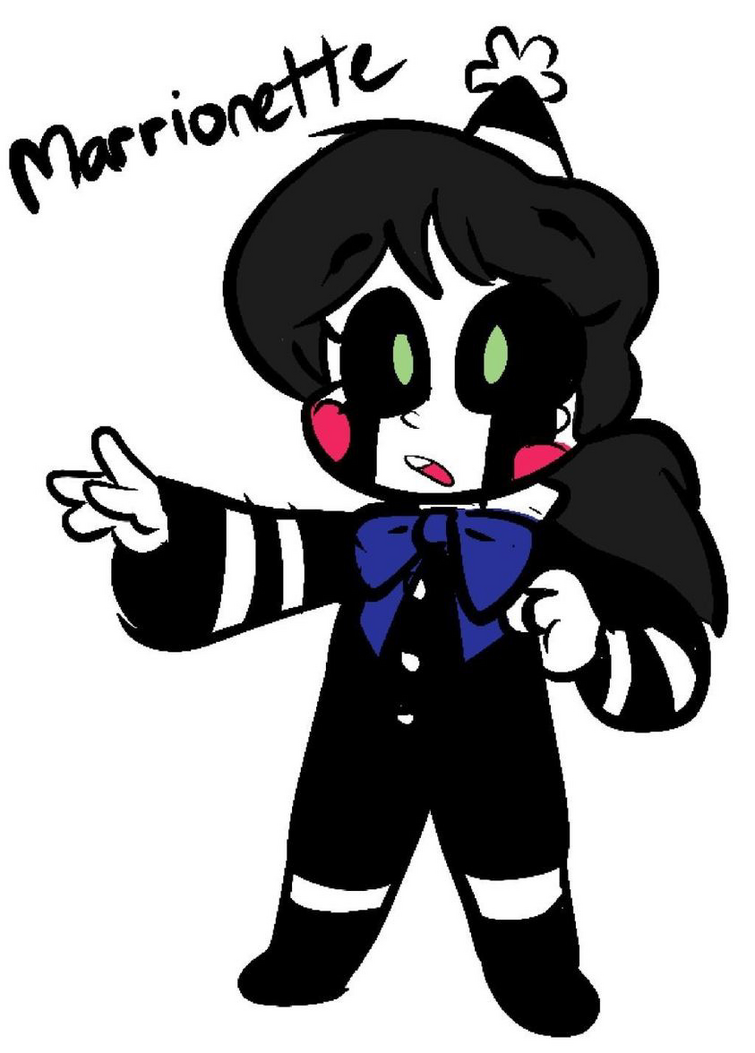 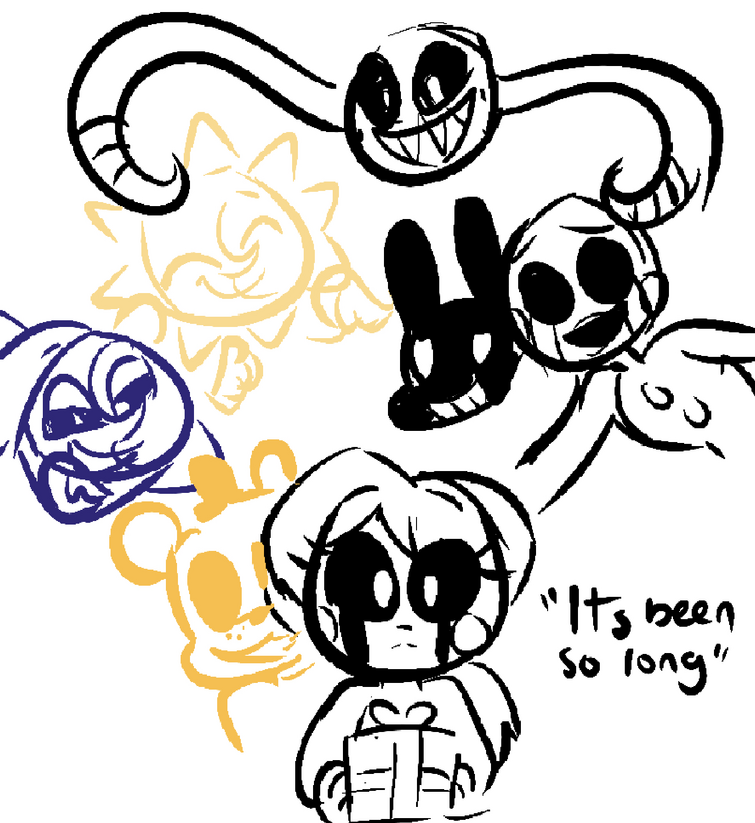 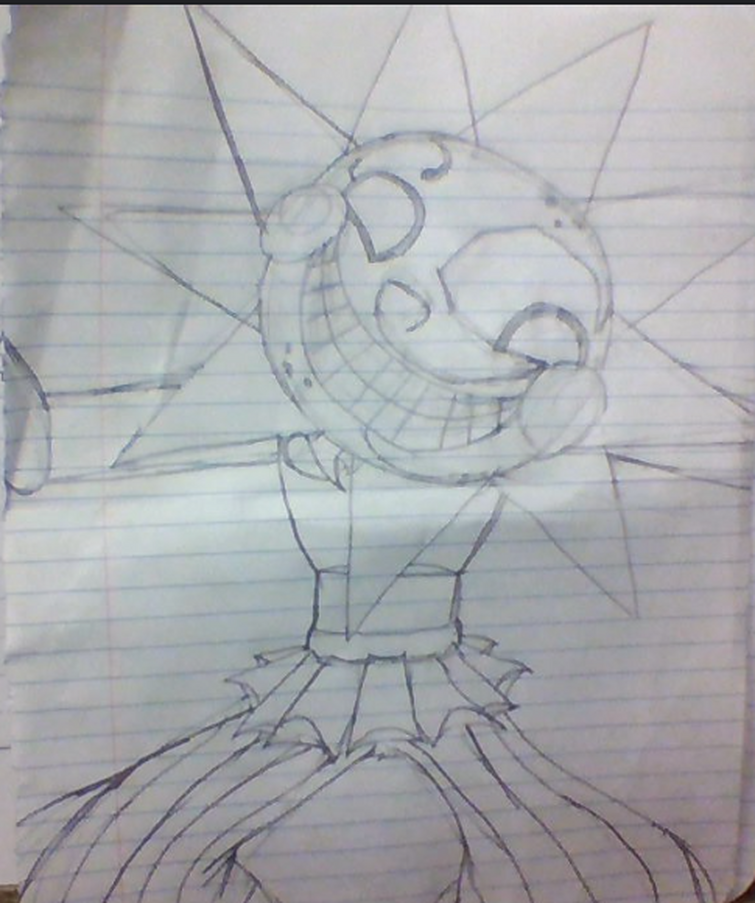 Took I believe a total of 15-20 minutes, I only used this image as reference for his clothing and face, the drawn image is NOT traced or copied 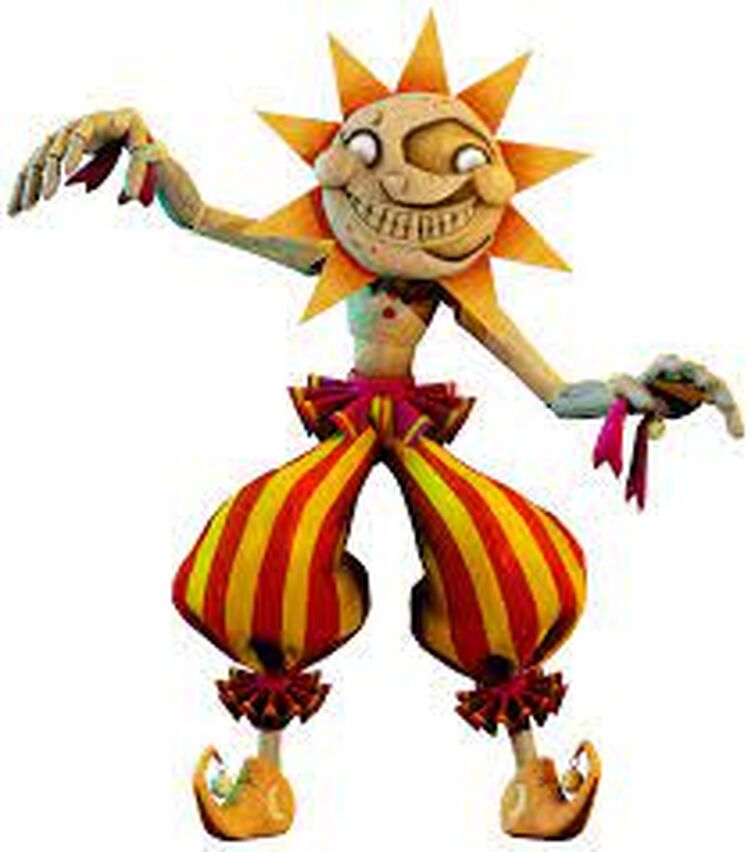 Vanny said it's their turn to mess with you 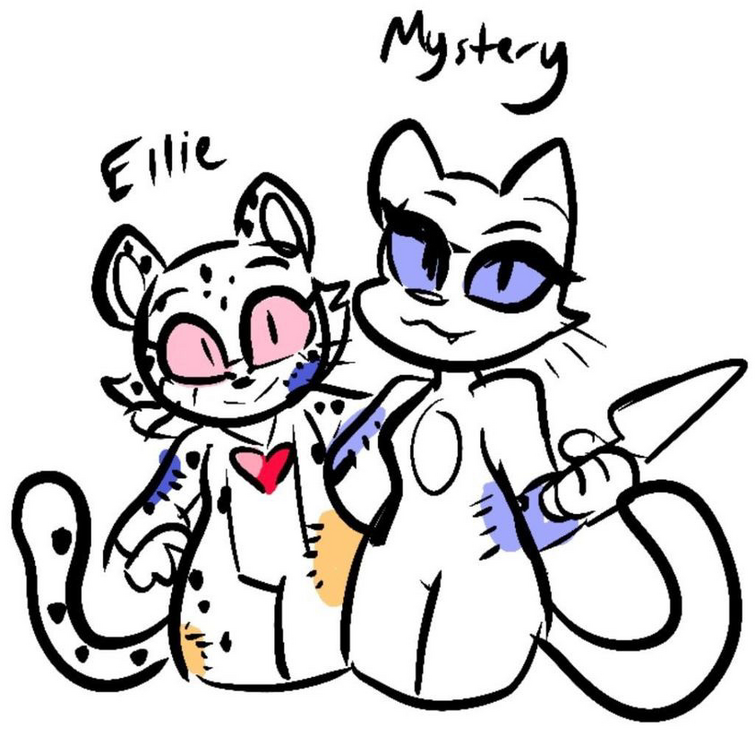 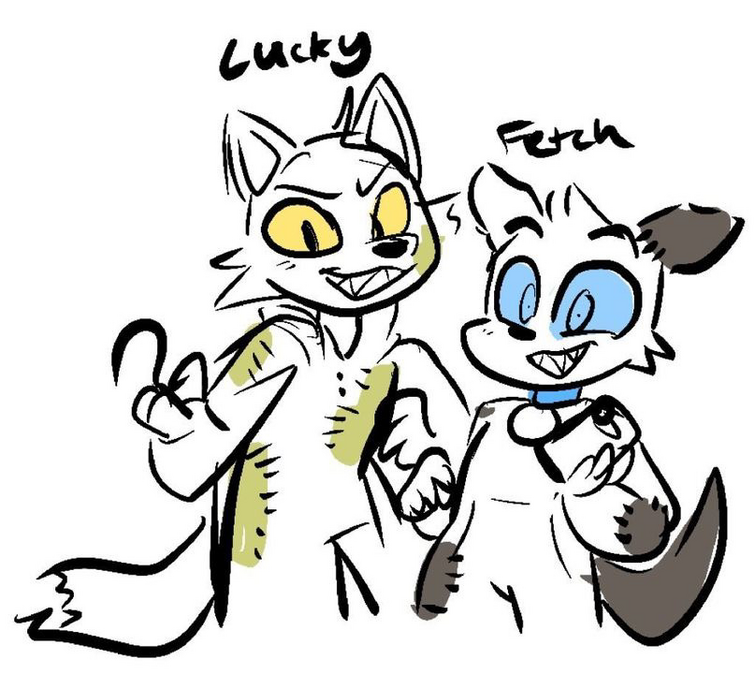 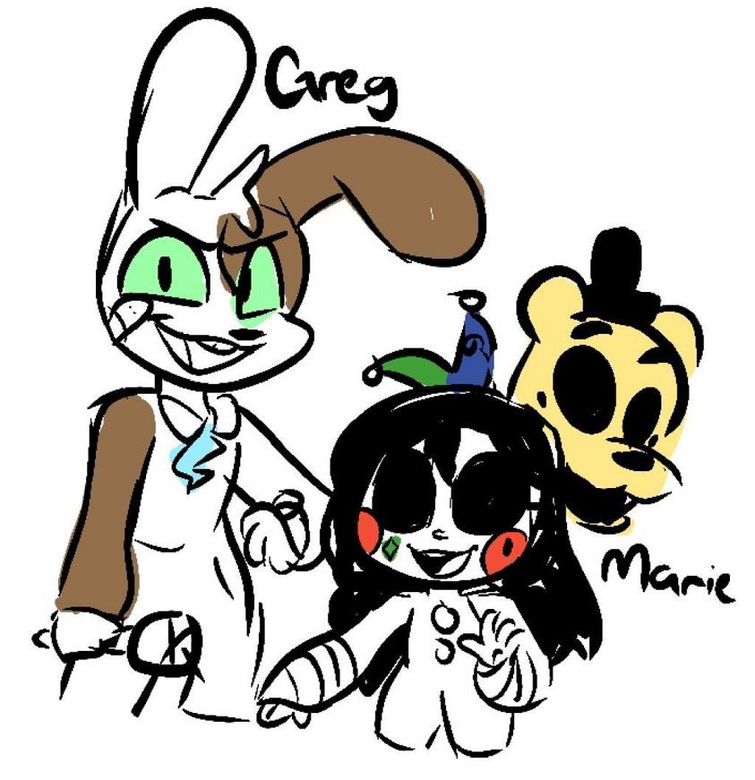 Security/Survival Logbook is canon and was a book for security guards made at the time of Fnaf 1. It belonged to Mike Schmidt - Michael Afton.

You can bring up things that can contradict this like Springlock Animatronics/Suits Quiz and illustrations of the Fnaf 3 Office but the intention was it being Mike's Logbook at the time of Fnaf 1.

The most popular theory is that in the book there are messages from three entities.

Confirmed by him referencing The Immortal and the Restless TV show, drawings of the gift baskets - Cash Basket and Exotic Butters Basket and the Casual Bongos.

Faded Text - Cassidy - asks CC questions about what he remembers, his name, details from his past - talking to Plushbear and Toy Telephone from Fnaf 4 room.

On many pages with wrong numbers it writes "My name". It leads to the answer in the wordsearch - "Cassidy".

Changed Text - CryingChild/BiteVictim - changes text from the book to answer Cassidy's questions or ask their own:

C- This party was for you.

There is however older theory that acounts for Mike drawing Nightmare or Nightmare Fredbear when asked about recent dreams and for Changed Text being in places for Mike's answers to the questions he must rate 1-10. Also Cassidy's questions seem to be directed to the person doing exercises and answering questions from the book.

This interpretation leads to Mikevictim - CC was Michael Afton.

Cassidy is Golden Freddy and knows a lot about CC/Mike.

There is variation of this theory that explains this.

Mike is the rebuild version of CC and his name was Cassidy. He possesed Golden Freddy and is talking to his android version to make him remember his past.

However it seems to become abandonded because of the presented concept of Two Souls in One Animatronic and Vengeful Spirit in the Stitchwraith Stories.

Despite Mikevictim interpretation being more logical it's seems that is no longer the case.

The Golden Duo is likely the true one now. Despite it not making much sense.

Why Cassidy knows so much about CC? Why they have conversation in the Logbook years after they got stuck together?

The Logbook should not by taken into account anymore when making theories, in my opinion. 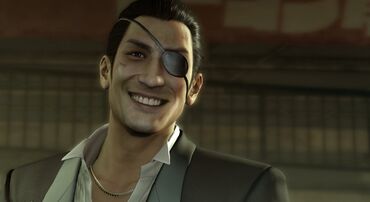 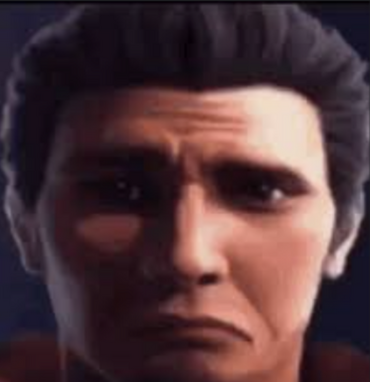 I do not know what I mean

Leaving my child behind

Now I am fasting, but now I am blind

Through all this anger, guilt and sadness

Come and persecute me forever

Is this the revenge I seek?

Or looking for someone to marry me?

Remaining in my paradox, I want to free myself

Maybe I should chase and find

Before they try to stop it

It didn't look like I was going to be a doll

It has been a long time

The last time I saw this beast lost my son

To the person behind the execution

Since you are out

I read this stupid song so that I can meditate

The cleanliness of your mother

I wish I lived now

From the gift of my past mistakes

But the future remains as bright as a pack of snakes

Your eyes are sweet, your little smile is what I remember

Those meaningless memories irritate me

But killing is wrong

What happened to my son? I am scared

It is in my heart

And the idea continues to grow

I wish my baby was sweet, I would feel like I was there

It has been a long time

The last time I saw this beast lost my son

To the person behind the execution

Since you are out

I read this stupid song so that I can meditate

The cleanliness of your mother 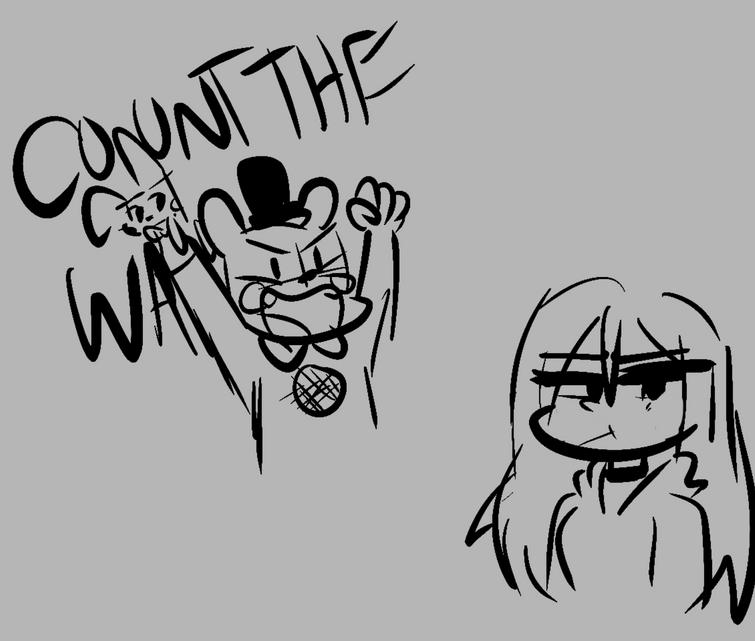 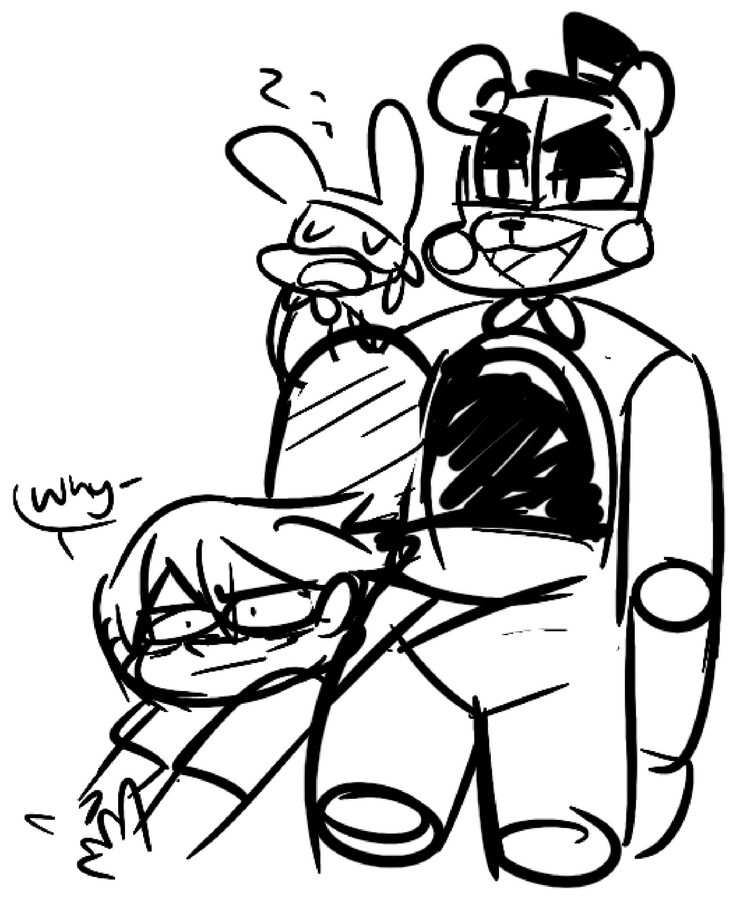 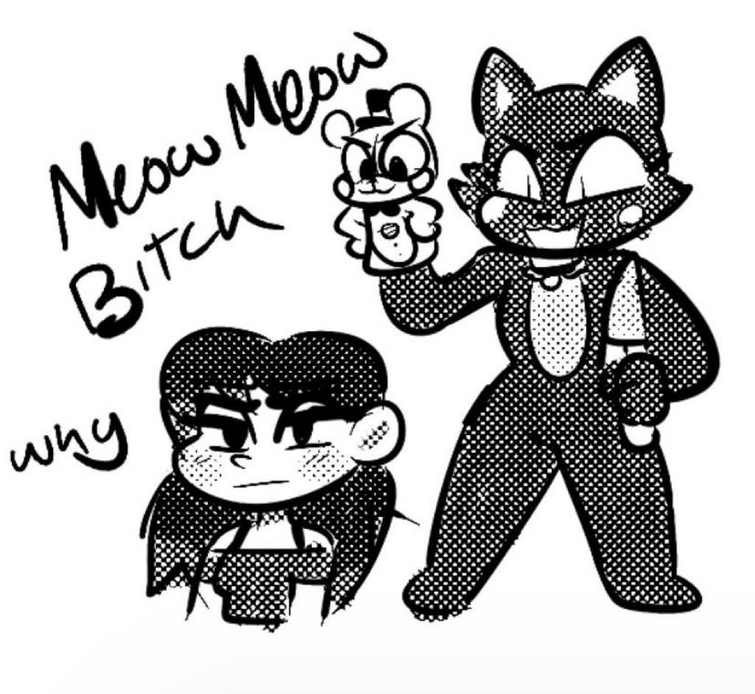 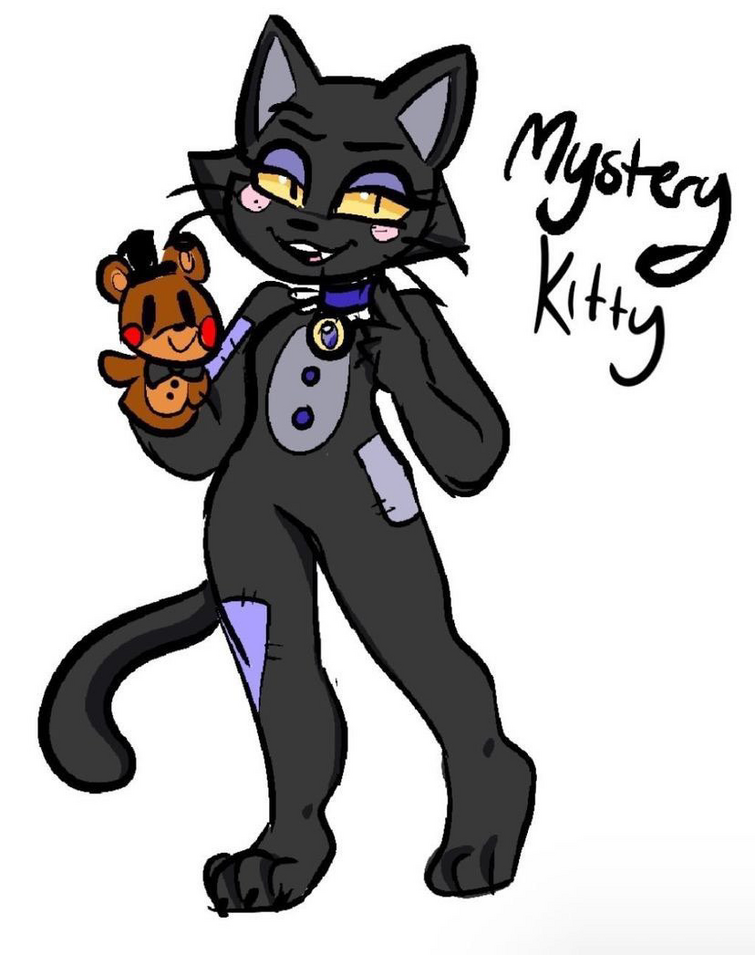 Vincent Afton is a character

Oliver Afton is a character

CC is part of Afton Family (hasn't been confirmed bozos)

Why did that come up 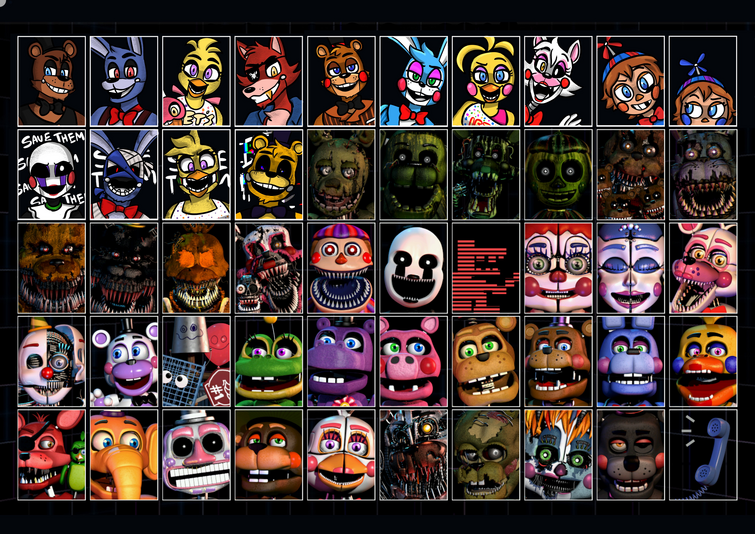 I can't wait for you

Then become part of the marimatronic family.

we will open soon

try to be smart

do you know me

They don't want to go out at night

we are here alone

You had 20 long and horrible nights

You see your face and smell every bite

You know our show isn't over yet

Fred says you're an organ donor.

All eyes are on you

We can guide you through the dark shadows

Learn more about our company

We can teach you to laugh in tragedy

You thought your nightmare with Fred was over.

Join us, we're trying not to bite

because something hit me

How to use this flight?

Who knew he was guilty?

because your name is unknown

But now that you're here, let's try

The party never ends when you stay with us

Maybe you look at me and think I'm crazy

I've been lost for a long time. You are not just a baby.

I can't wait for you

Then become part of the marimatronic family.

we will open soon

try to be smart

do you know me

They don't want to go out at night

we are here alone

I really want to see you. Join the anime family. It will open soon. Try not to catch a cold. our bite. You've had 20 long and terrible nights. You've seen their faces, you've heard of them. bites. You tell us you're an organ donor You can guide us through our dark fantasies Understand what we've been through We laugh at your tragedies When you're with us, the fun grows You watch me Go crazy and lose you You were just a child a long time ago 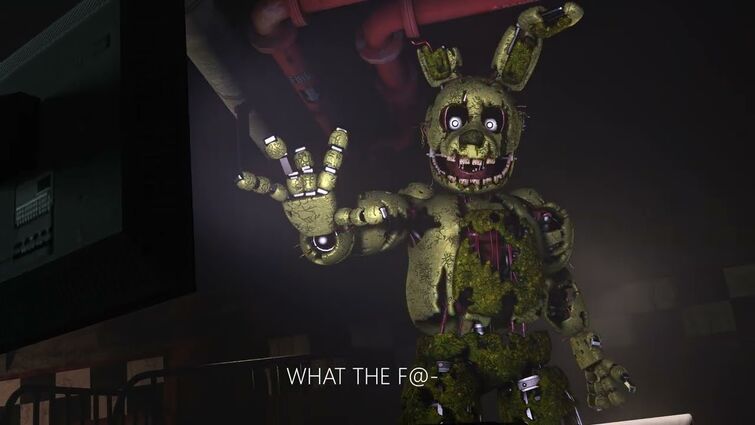 How are you doing today?

We're getting a new kid in our class today, kinda late tho because we have a month of school left

Scenario this time: You wake up and go to your kitchen to get food, and upon entering you see Chica clearing out your fridge. What do you do?

Here's one for a strong start 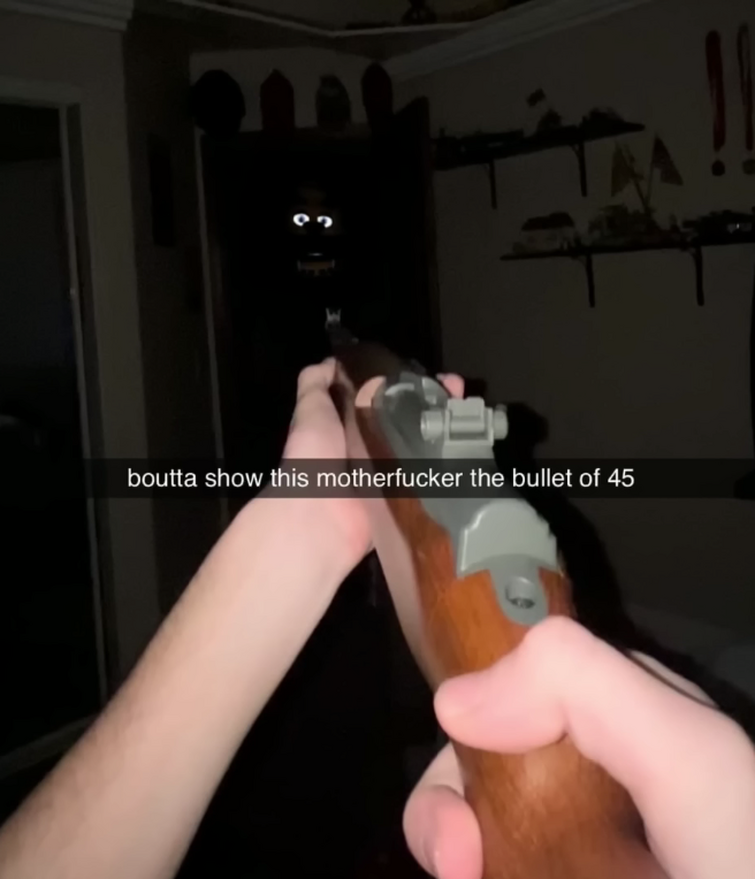 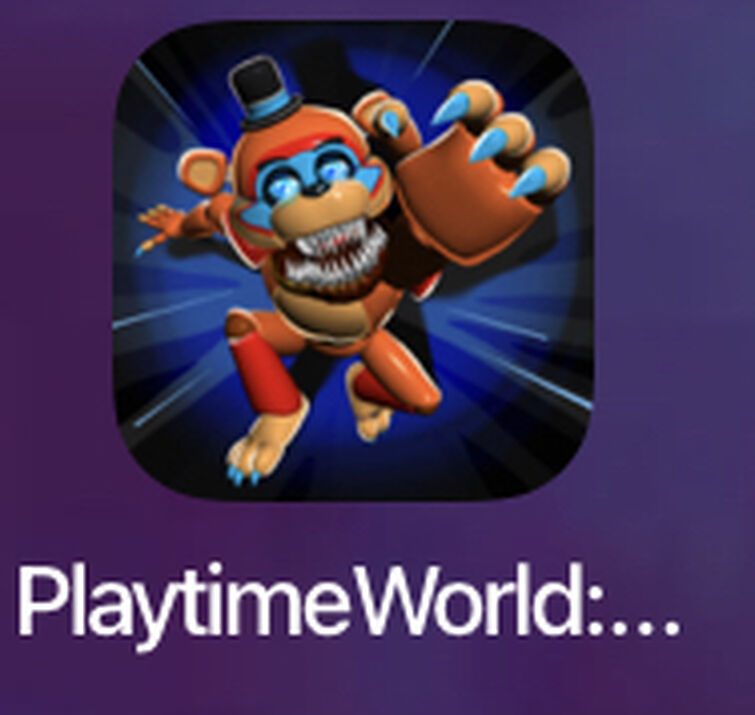 This one is weird. 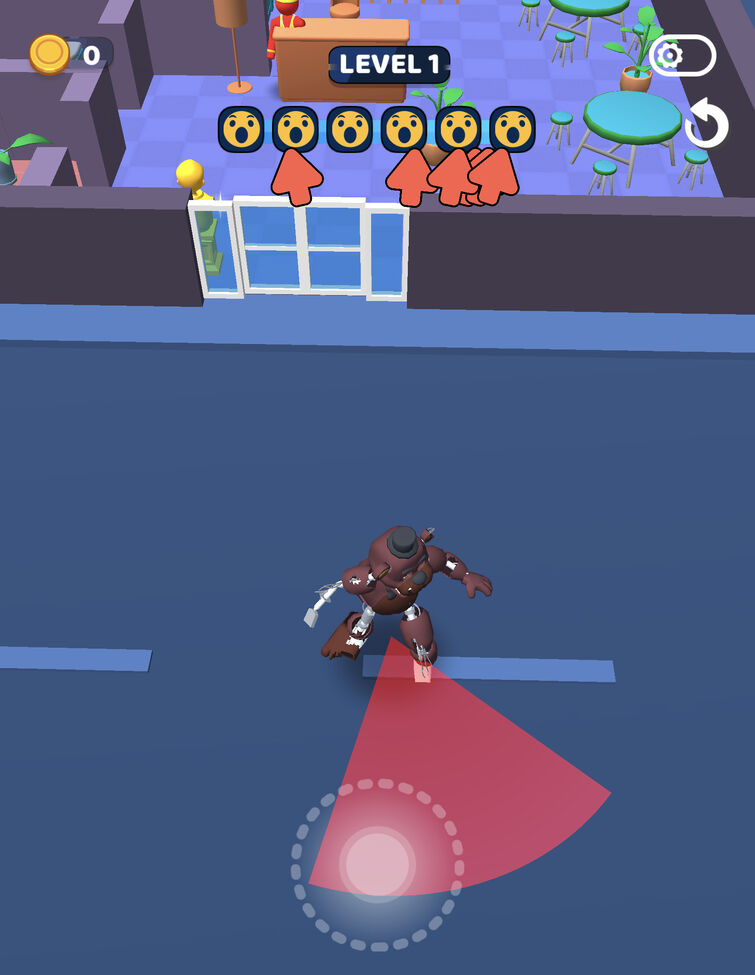 So I have to go and kill everyone? Ok 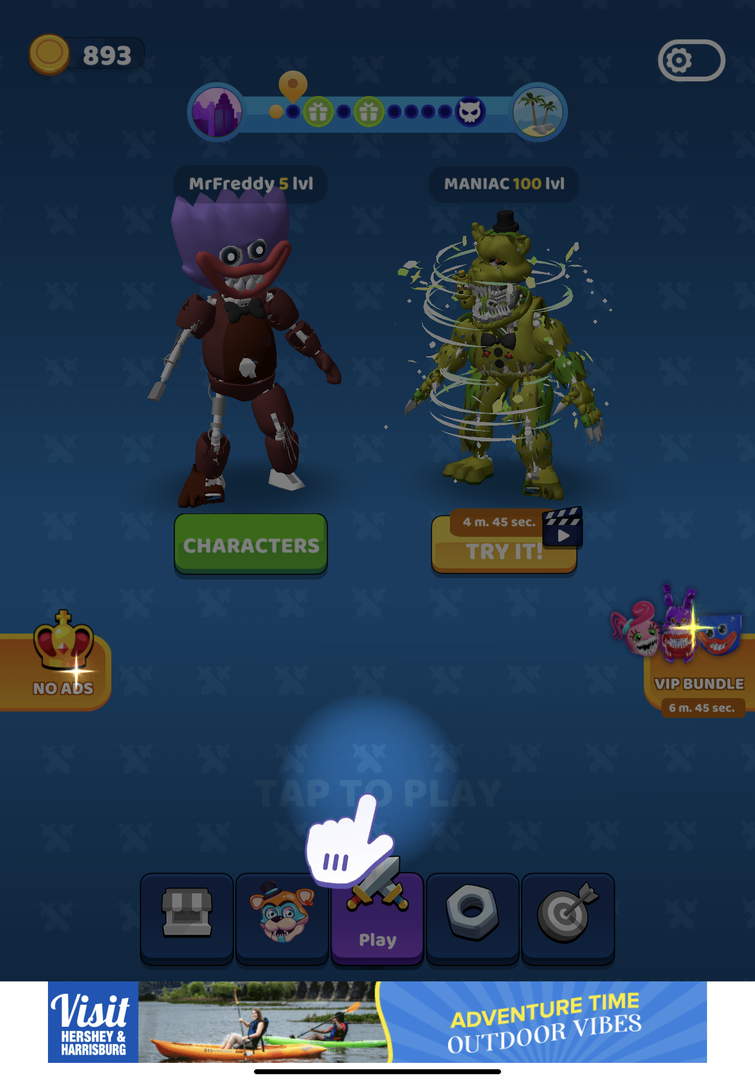 “Mr. Freddy” has become an abomination 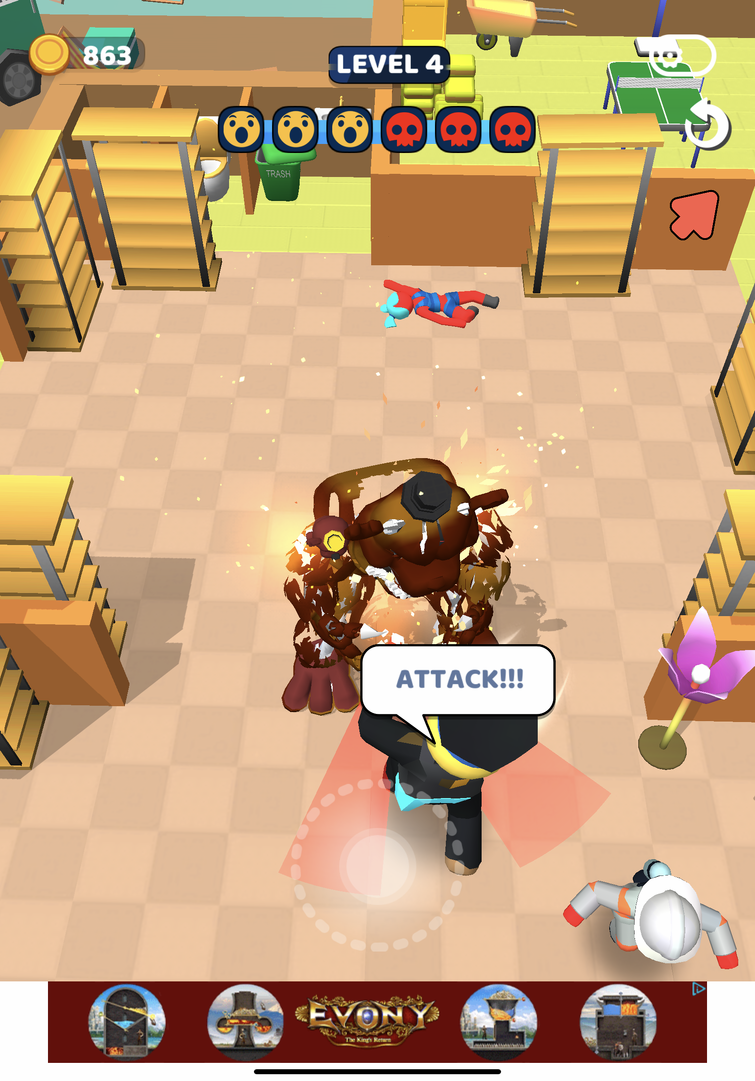 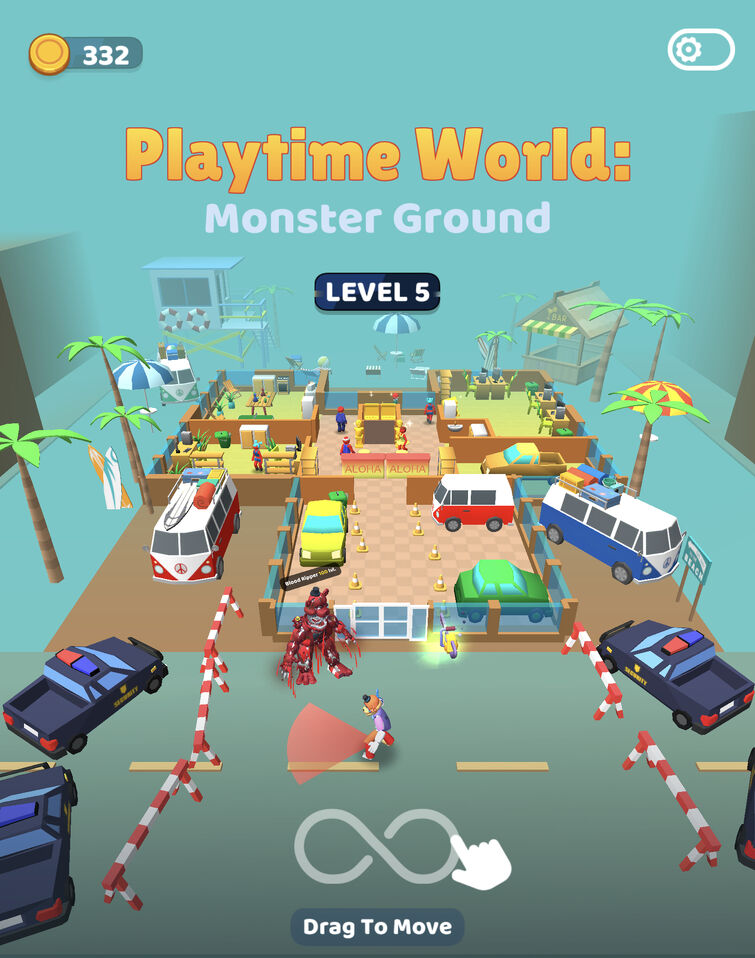 So this is the map^ 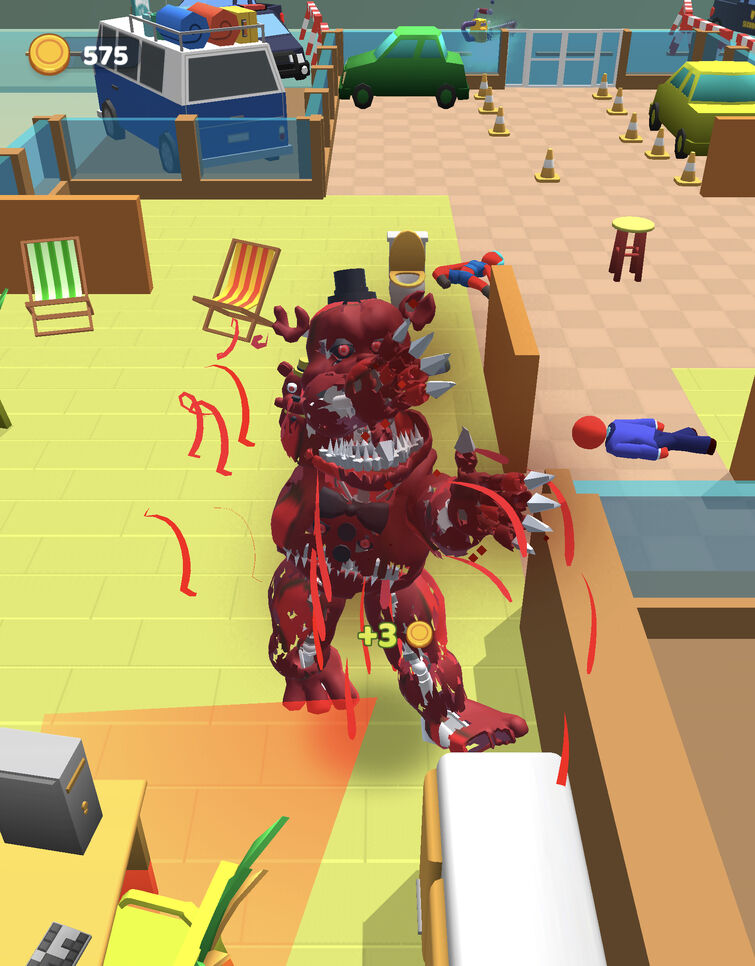 Oh my gawd he dancin 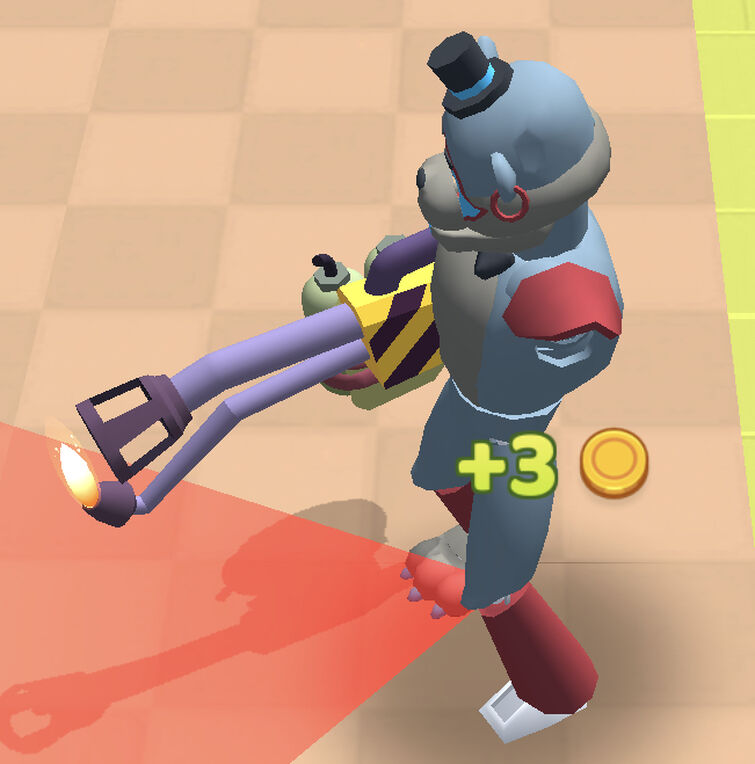 Frdy got the flamethrower lmao

I just want a friend! Someone to be my ‘teer

I may be small, but me you’ll learn to fear!

I am a protector, or at least, I was,

I only kill now, your mind is because.

You can show me the light, but i’ll barely be fazed,

As, from your fate, you cannot be saved.

Split in half, in half! We’re a bug to the light,

But don’t shut it off! Or you’ll hafta fight!

I’m smiley and happy, or evil? What?

A model of the worst, can you guess who I am?

Well you have, but that time, I avoided the cam.

Pizza is bad, I'll burn it in the ignition.

No, I am not a toy magician.

Answer: Plushtrap (Sort of an inside joke, as many ppl thought my "Magician toy" poem was Plushtrap. Also, how did ya'll not get the "Bad pizza" line?)